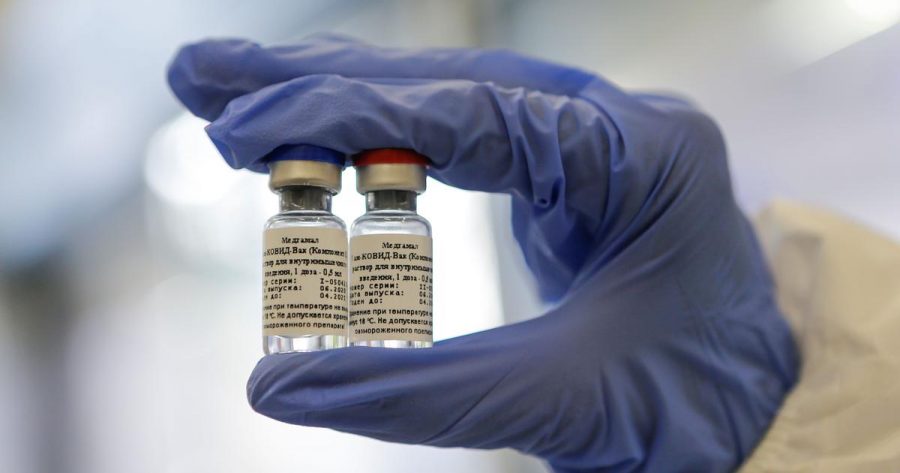 Russian officials have named the vaccine Sputnik-V in honor of the world’s first satellite, and have likened the search for a vaccine to the space race during the cold war. Photo courtesy of AFP.

On August 12th, Russian President Vladimir Putin announced that the nation has approved the world’s first COVID-19 vaccination. The nation’s Ministry of Health issued a registration certificate allowing the medical and elderly to receive the vaccination.

However, many scientists have denounced the certification to be inappropriate and unethical as the vaccine is still at an early stage. The vaccine has yet to be proven safe and effective in a large group of people. Only 76 volunteers have received the vaccination and none of the preclinical studies or results from the trial have been published.

The registration certificate revealed that the vaccine is made of adenoviruses-viruses that cause a wide range of symptoms, like sore throat and pneumonia, and is given in two doses. The first dose contains an Ad26 virus, while the second ‘booster’ dose—given 21 days later—is made of an Ad25 virus, both of which are being used in experiments by New Jersey and Tianjin scientists.

“It’s ridiculous, I feel only shame for our country,” says Svetlana Zavidova, head of the Association of Clinical Research Organizations in Russia. “Accelerated registration will no longer make Russia a leader in this race, it will only expose end-users of the vaccine, citizens of the country of the Russian Federation, to unnecessary danger.”

At this point, little is known about Russia’s plan for phase 3 trials of the vaccination, which experts consider to be an essential part of the testing process. Despite this, Russian Health Minister Mikhail Murashko and Putin claim that the vaccine “has already proven to be highly effective” and has “passed all necessary checks.”

This has left many scientists concerned that the Russian vaccine may impede global efforts to develop a safe and effective COVID-19 immunization.

“This is a reckless and foolish decision,” said Francois Balloux, a geneticist at University College London. “Any problem with the Russian vaccination campaign would be disastrous both through its negative effects on health, but also because it would further set back the acceptance of vaccines in the population.”