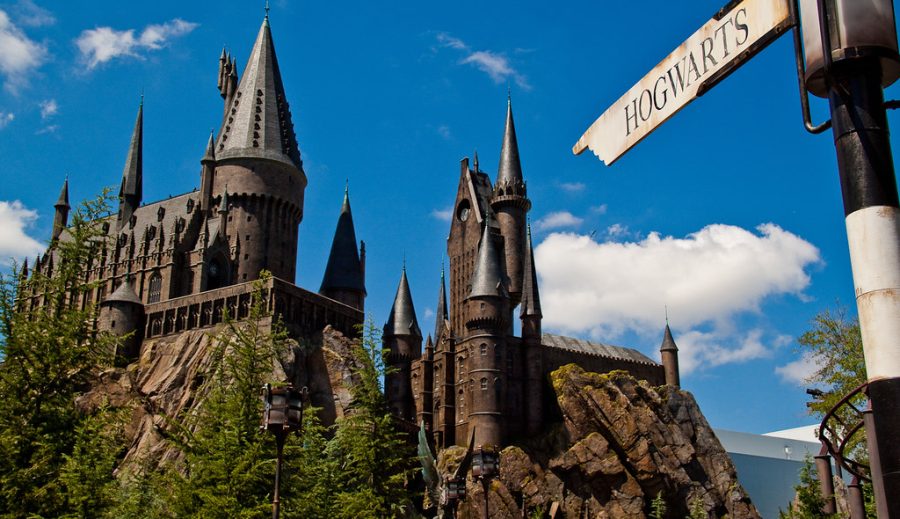 The magic of the Harry Potter franchise has remained an enchanting force for nearly 25 years, enrapturing wizards and Muggles alike. But on January 1, 2022, fans of the movies were gifted with an eighth installment to the Harry Potter series: Harry Potter 20th Anniversary: Return to Hogwarts. Fans later pointed out two misidentification errors, in which a baby photo of Emma Roberts was mistaken for a baby photo of Emma Watson, while the Weasley twins, Oliver and James Phelps, were mislabeled by the movie’s editing team. The film was then updated on HBO Max a few days later. Celebrating the 2001 release of the first Harry Potter film, Harry Potter and the Sorcerer’s Stone, the reunion was filled with smiles, memories, and a few tears.

Including various “chapters” of the franchise’s evolution, the long-awaited special brings back our favorite witches and wizards, alongside the directors of the eight movies, as they recalled the trust built and the challenges along the way. Most notably, actress Emma Watson, who played Hermione Granger in all eight films, discussed her struggle to decide if she would exit the franchise, telling audiences that “the fame thing had finally hit home in a big way” as they entered the fifth movie, Order of the Phoenix.

Cast members also noted their personal connections to the story and characters and discussed the impact of the films on “misfits” and “the power of writing,” as commented by Robbie Coltrane, who played the role of Rubeus Hagrid. Looking back on their growth alongside the films, the Golden Trio, Emma Watson, Rupert Grint (Ron Weasley), and Daniel Radcliffe (Harry Potter), marveled at the trust built throughout the ten year experience, and the series’ themes of family, friendship, and love were evident in the retrospective special. Return to Hogwarts went on to honor the cast members lost over the previous decades, including Helen McRory (Narcissa Malfoy), Alan Rickman (Severus Snape), John Hurt (Mr. Ollivander), Richard Griffiths (Vernon Dursley), Julie Walters (Molly Weasley), and Richard Harris (Albus Dumbledore of the first two films).

Interestingly, J.K. Rowling, author of the Harry Potter series and producer of the films, was featured in the reunion only four, with each instance pulled from 2019 recordings. While Rowling was invited to participate in the reunion, many fans believe Rowling’s absence was due to animosity between her and the Harry Potter cast and crew.

In the past year and a half, Rowling has lost much of her credibility with both the Wizarding World fandom and the Harry Potter cast, following various transphobic comments since 2020. Following media backlash, Rowling preceded to follow up her comments with a “transphobia manifesto,” as stated by Twitter user Tess Fowler, in which Rowling claims that she sympathizes with trans women on the basis of domestic abuse and sexual violence but does not believe they are truly women, attempting to validate her comments by describing “the importance of biological sex”.

Since then, fans of the Wizarding World have denounced her claim to the universe they love, labeling her as a “TERF”, or a trans-exclusionary radical feminist. Meanwhile cast members Daniel Radcliffe (Harry Potter), Evanna Lynch (Luna Lovegood), Eddie Redmayne (Newt Scamander of the Fantastic Beasts series), Emma Watson, Rupert Grint, Bonnie Wright (Ginnie Weasley), Katie Leung (Cho Chang), and others have responded to Rowling’s comments publicly and on social media platforms with support for the LGBTQ+ community.

Recently, rumors arose that the goblins of Gringotts Wizarding Bank are modelled after an anti-semitic caricature of the early 1900s; however John Stewart, who originally made these claims on his satirical podcast, has since denied that this statement seriously accuses Rowling of anti-semitism. Still, these comments leave fans wary after past accusations of racism regarding Asian-Scottish character Cho Chang. Now, in 2022, many fans are hoping for a potential Harry Potter and the Cursed Child movie, and the future of the Wizarding World films remains a mystery.