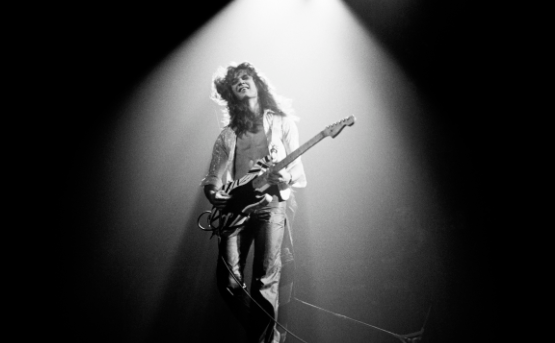 On the morning of October 6, 2020 legendary guitarist Eddie Van Halen passed away after a lengthy battle with throat cancer. His guitar playing and techniques were unlike anything that had been done before- he would disassemble guitars to rebuild them, boiled strings, and even used a drill to play once. Even though the band released 12 records, these 5 Van Halen songs do a perfect job of displaying the sheer talent and genius that was Eddie Van Halen.

This acoustic and classical-style guitar solo is only 60 seconds long, but absolutely incredible. Playing a fast solo on an acoustic guitar is incredibly difficult but Van Halen is able to pull it off.

Best of Both Worlds

Best of Both Worlds was the fourth single released from Van Halen’s first album with Sammy Hagar, 5150. With Hagar as the new frontman, the band experimented with synthesizers and more mellow ballads. On this track, listeners can hear a distinctly new and crisp guitar sound, compared to the heavier tone of past albums.

Released on the album 1984, Panama was an instant classic. MTV helped propel the catchy hit single up the charts- they played the music video constantly, featured interviews with the band, and played ads for the new album. Since it’s release the album has sold well over 10 million copies, receiving RIAA (Recording Industry Association of America) Diamond status.

This trippy sci-fi inspired song perfectly showcases the effects Van Halen was able to create with his guitar. By using an effect pedal called a phaser, he creates a unique sound that kicks off the song, followed by one of the catchiest riffs off of the self-titled Van Halen album.

Eruption is the type of song that leaves you stunned the first time after you listen to it. The song is a blistering 2 minute solo of Van Halen shredding on the guitar, complete with his signature tapping technique which amazed even the most skilled rock guitarists.